Well it’s been eventful around here!
Thursday Oliver was not only 4 weeks, but also 1 month. How often does that coincide?
He is doing well. No fever, a little congested, but no other worries. Well I always worry, but he’s fine. I realized my heart can’t take another newborn (nor my house), as sweet and as wonderful as they are, these reflexes are too much. He reminds me a lot of Andi. He likes to be walked around, only goes in the swing when he’s asleep and cries in the car seat. I am wondering where my mellow boy went and am wondering if we are meant to raise very strong willed children. Oh and who are these people who say their kid slept through the night at one month? Why am I not one of those people? Oh well. He is adorable and that counts for a lot.
Anyway, on to Lily, Lily lost her two bottom teeth! Well maybe lost is a loose term, daddy took some fly fishing scissors and just pulled them out. They were hanging by a thread and her adult teeth are already in behind the baby ones. I think this is the start of those awkward years…crazy teeth. I’ve tried to take a picture but she won’t cooperate. Lily scared us with a strange new seizure last night that lasted about 2 minutes. Dr. Mom is trying to figure what should increase, but thinks she might have to call in reinforcements since I have not seen this type of seizure before I am not sure what med would stop it. I hope something will. She has been doing so well, I hate to see new seizures. She has had a growth spurt so she might have just grown out of her dose.
It was funny, when they admitted Oliver the chart nurse was going over everything and asked about family history, I had to tell him about Lily and he said “Wow you just rambled that off like you’re some medical professional, are you?” I smiled and said “I should be”.
Andi…Andi..Andi. Andi has been a little difficult lately. Lots of tantrums and has been very hard to deal with. I have been doing my best at sharing “me” but it doesn’t seem to be enough. I know we are still adjusting, but yesterday I was looking for military preschools on Google….not really.. but. She did just say something pretty funny, she said “I wish Obama would come over and see my baby brother, he would like him”. 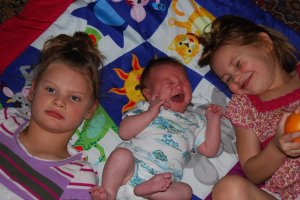 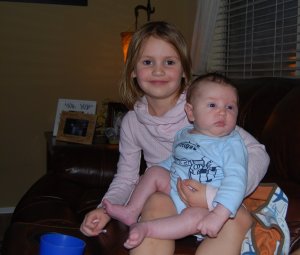 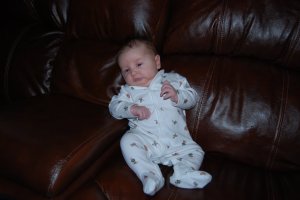 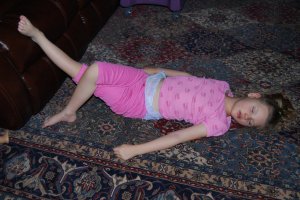 We went to Austin this past weekend for a volleyball tournament. My family joined us and it was awesome seeing my nieces and their babies! It was awesome having my favorite people all there there to support Andi and Andi played so well! We brought Oli and he got to find some cool skate parks in Austin. The little kids stayed back with my friend Kim who came in a pinch bc my father in law had a procedure. Lily went to the Ryan House. For 3 nights in a row Andrew, Oli and I sat in the rooftop hot tub and it might have been my favorite thing we did. Sadly we got a call Saturday night that Lily wasn’t well and we had to take her home. (For the safety of the kids there she couldn’t be there sick) We couldn’t understand how unwell she really was and Grandma Cheryl pulled off a miracle with some help from friends and brought her home. I changed my flight and got home by 8am on Sunday and felt sick the whole time regretting leaving. Not knowing how sick she was and why is it so hard to balance the world of typical kids and one with such special needs. Might even felt a little sorry for myself and worried sick about Lily. When I laid eyes on her I knew she was ok. Just regular sick. Not hospital sick. The 1st time in over 5 years 😅 I’ve spent the last few days just cuddling her on the couch and I’m happy to report she is nearly back to herself. Happy she is well. Sad I had to miss the last day of Andi’s tournament. It is what it is. It just is what it is. #specialneedsmom
Not sure why this information doesn’t just stay locked in. #specialneedsmom #disability #wheelchair #fitmom
Just a friendly note to say hey 👋🏼 I feel like a bear slowly coming out of hibernation and rubbing my eyes and saying what did I miss? I was down for a couple weeks and I mean down. Literally, physically, figuratively, emotionally .. down. I had a minor knee surgery Jan 3rd (because why not hit that deductible days in a new year after Christmas 👊🏼)
Andi “helped” Bella with her 100 days of school project. I’ll be in the other room watching tv if you need me. #agegap #sisters #kids #project #pintrest
Guys! Swipe for an embarrassing before and after. And stay here for an embarrassing picture of me with drool all over my shirt 🥴 but I had to share what a great experience I had at @ww.whitersmiles.gilbert.az! I whitened my teeth in my 20’s and was in pain for days and never did it again! Like scarred for life! So when We Whiten reached out I was like you swear it’s pain free and they were like yes! I hesitantly gave it a shot on Monday afternoon and I am I giddy with the results! I had so much discoloration from coffee and braces and I feel like I can show off my smile post braces now that they are white! You guys know I’m not an influencer- I HAVE DROOL on my shirt - so I’m not sharing this to get anything except share this really is a great product! I have a $20 off coupon for a 60 or 90 min treatment. I did the 90 min treatment - just dm me for it bc it’s hard to link here. They are located in the cute new shops on power and Williams field in Gilbert 💎 love your drooly bright smiling friend #teethwhitening #wewhiten #brightsmile #postbraces
Burn boot camps 5 year denim and diamonds bash! Not gonna lie one of my most favorite nights ever! I didn’t take a single picture so thanks everyone for sharing with me 💙 who knew you could still hang on the dance floor 4 days after knee surgery 🥴🤭however shorty did not get low #burnbootcamp #burnbootcampsouthchandler #mypeople
Follow Calm Amongst the Chaos on WordPress.com