Many years ago I was a different person. I stuck a pose like there was nothing to it.
I lived in New York City. At the age of 14 and 15 (!) What? I did. Spent my summers there. Working. Legitimately.
I was “found” in Fiesta Mall in Mesa, AZ, not like I was dropped there and CPS “found” me, I was walking around on a Saturday with my friend (as in it was the 90’s and I was 13 and what else was I going to be doing?) and there was a fresh face model search contest going on and we were watching and a judge says “you go enter” I say shake my head “no” and he keeps insisting. Well next thing I know the entire mall is staring at me as I walk the runway in my Guess shirt, jean shorts and probably not brushed hair. And then I walk off the stage and we go right into Contempo and there some girl says “they are calling your number” what?! I was asked to come back on stage. I got top 10 out of 200 some people (and by people I mean Kelly Bundy hotties-90’s remember) and the rest they say is history.
By the next summer I was in New York City working in magazines such as Mademoiselle, British Vogue, German Vogue, Italian Vogue (what was wrong with American I say?) Teen Magazine, Sassy (yes I am dating myself real fast), Brides (at 14!), Self, did campaigns for Carolina Herrera and Abercrombie and Fitch (before I even knew that was the name of a store). I worked with Albert Elgort many times, worked with and quite possibly offended Bruce Weber and never even knew who these guys were. I was handed the world that I never even thought to ask for.
I had no idea some girls would have killed for the opportunities that were handed to me on a platter and because of that lack of knowledge I threw it away because I didn’t want to spend all my school breaks in New York. I wanted to go to Sun Splash with my friends, play basketball, work at Dairy Queen (because my friends did) and then when I realized what I threw away it was too late to even think of trying to get it back.
I didn’t dream of being a supermodel. I didn’t dream of marrying a super star. I always just wanted to fit in. I hated being a foot taller than my friends. I hated that I never could share clothes with them. I hated being taller than all the boys and when they finally started catching up to me in height then I really gave up that big apple because all I wanted was right here in AZ. A boy friend. A job at the mall. My friends.
Looking back would I change it? I don’t know. I hate to live with regret, but I do wish I didn’t burn the bridges I did. I wish I knew there were a million boys out there taller than me and I had plenty of time to find them. But I don’t know if I would have necessarily stayed with the lifestyle that modeling was. It just was never me. I never felt I fit in. I never felt like I fit in with the models, yet I never felt I fit in with my peers. It was just a mess of a time in my life and before I knew it, it was all over. Poof. Married with kids. And it was all gone. And then more than a decade after my last job I feel run ragged. I feel wrinkled, stressed, broken out and unattractive and I think back to days I was paid $500 for a few hours of work. Back when I felt pretty and I felt special. And I think how did I get from there to here?
So when I saw an old friend from High School who is now an incredibly talented photographer was in town from London to do a Hot Mama shoot I got selfish and booked a session with the one and only Pied Piper!
I had never had to pay for photos taken of me and I could name on my hand 5 other things I should have spent the money on, but I chose to be selfish and spend a day with getting make up on, getting my hair done and feeling pretty. I know I hate that those words are even coming out of my mouth/err fingers?, but I can’t help it. It’s honest. I wanted to feel pretty again.
And I did. And I love the photos and I have no idea what I will ever do with them beyond using them as my facebook profile and share some here on this blog, but I don’t care. None of that matters. Maybe when I die an old lady in my bed you can use these photos to memorialize me 🙂
So all that leads up to me sharing these photos of me. The me that got made up and smiled for a camera that honestly felt so good to do after so many years of forgetting how that felt. And that’s that. This is not my normal me. But it’s good to know with a make up artist, a hair stylist and talented photographer I can look like this 🙂 I bet you Lily’s bus driver wouldn’t even remotely think this is me. Ha! She sees the real me. Lucky lady. 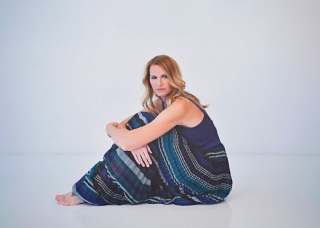 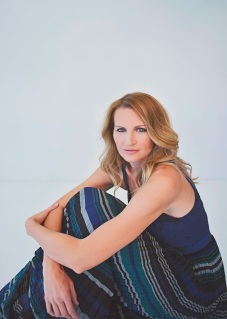 One thought on “Strike a Pose”

This little one is on to Kinder and she is so ready!!! We are so thankful for her incredible pre k teacher who kept her two rounds (sept birthday 😅) this girl is so ready! I just hope her Kinder teacher will be ready for her 😅😂 #prekgrad #readyforkindergarten
What a year for our boy! Goodness the changes that happened in him!! I think my nonstop tears say it all. He’s overcome so much and is so happy and smart and brave and wonderful! Thankful for a teacher who saw him and knew exactly what he needed. She was pure magic 💫
Her light shines so bright ✨ Happy Prom 2022!
Being a mom to these incredible kids requires all the parts of me. It requires parts of me I wasn’t sure I had. Their needs are all unique and special and it can overwhelm anyone. At times I say to only my friends with lots of kids who get it… this is really really hard. BUT they are all ours and I love them all deeply and they all have their own special purpose and they ALL have incredible value. I will be the voice of whoever needs mine. I may be a quiet people pleaser but when it comes to them I will raise hell when and where needed. ❤️‍🔥 it’s a fierce damn love and I’m here for it until the carry me away #momlife #parenting #momof5 📷 @baileywilsonphotog
Hear me out … a family compound 🫶🏼#mothersday22
I can only be because of what I was given so a lot is what I have. 💖Thankful to all the mothers in my life 😻
Follow Calm Amongst the Chaos on WordPress.com